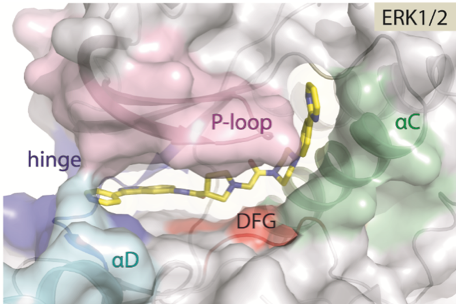 The human kinome constitutes a large protein superfamily of more than 500 members. Protein kinases are deregulated in many diseases and have been therefore extensively targeted for the development of new medicines. These efforts led to the approval of more than 30 drugs during the past 15 years. However, despite the large investment of academia and pharmaceutical industry in kinase drug discovery, only a small fraction of protein kinases have been studied in detail and currently the role of most kinases in cellular signalling and in the development of diseases remains unknown. We initiated therefore a kinase chemical probe program which is a joined effort of scientists at SGC sites in Frankfurt, Oxford, UNC, Karolinska Institute and Unicamp at Campinas as well as a large number of academic and industrial collaborators.
Goal of the program is to provide and develop the best possible chemical probes for kinase targets. Due to the large size of this protein family a comprehensive chemogenomics set covering all kinases is currently assembled at the UNC which will serve as a tool as long as many kinase family members cannot be studied by highly selective probe compounds.
Developing highly specific inhibitors for protein kinases is due to the conservation if the ATP binding site a tremendous challenge. The Frankfurt SGC laboratory is therefore particularly interested in developing allosteric kinase inhibitors that bind to target specific pockets adjacent or distantly located to the ATP site, covalent inhibitors that target unique cysteine residues as well as macrocyclic inhibitors with optimal shape compatibility to the ATP binding pocket. Allosteric inhibitors may also allow modulating scaffolding functions of kinases, an important role but poorly understood role of protein kinases that has led to unexpected signalling events of some drugs and drug candidates. Allosteric inhibitors may also allow us targeting of pseudokinases, a considerable subset of protein kinases with no or little catalytic activity that has been associated with the development of a large diversity of diseases. 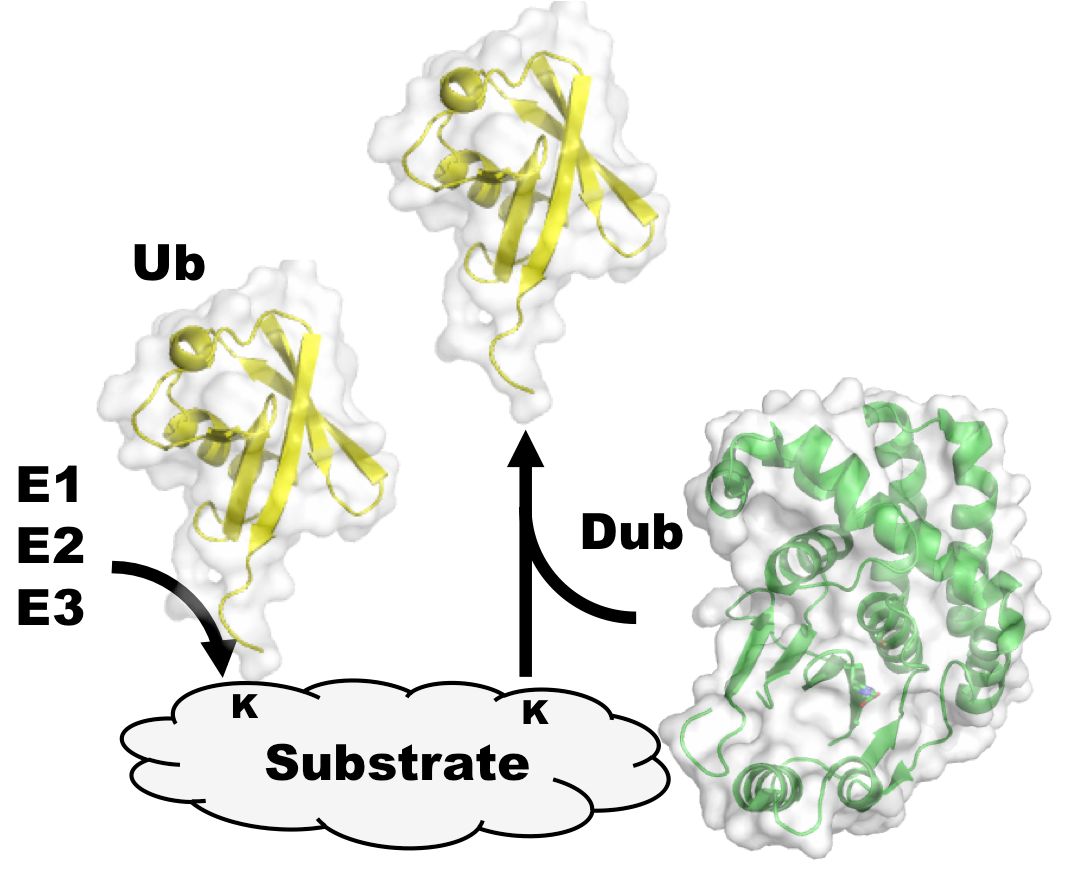 Ubiquitin, a post-translational modification, is covalently attached to lysine residues of target proteins and modulate its function. It in turn regulates many cellular processes such as protein degradation, gene expression, translation, DNA repair, cell cycle regulation, endocytic trafficking, inflammation, and so on. Ubiquitination is a reversible modification; on one hand, the E1-E2-E3 ubiquitin enzymes bring ubiquitin to the protein substrate, on the other hand, the de-ubiquitinase (Dub) removes ubiquitin from the substrate. In the ubiquitin probe unit, we aim to discover and develop specific probes for functional and structural studies of E3 ubiquitin ligases and Dubs. 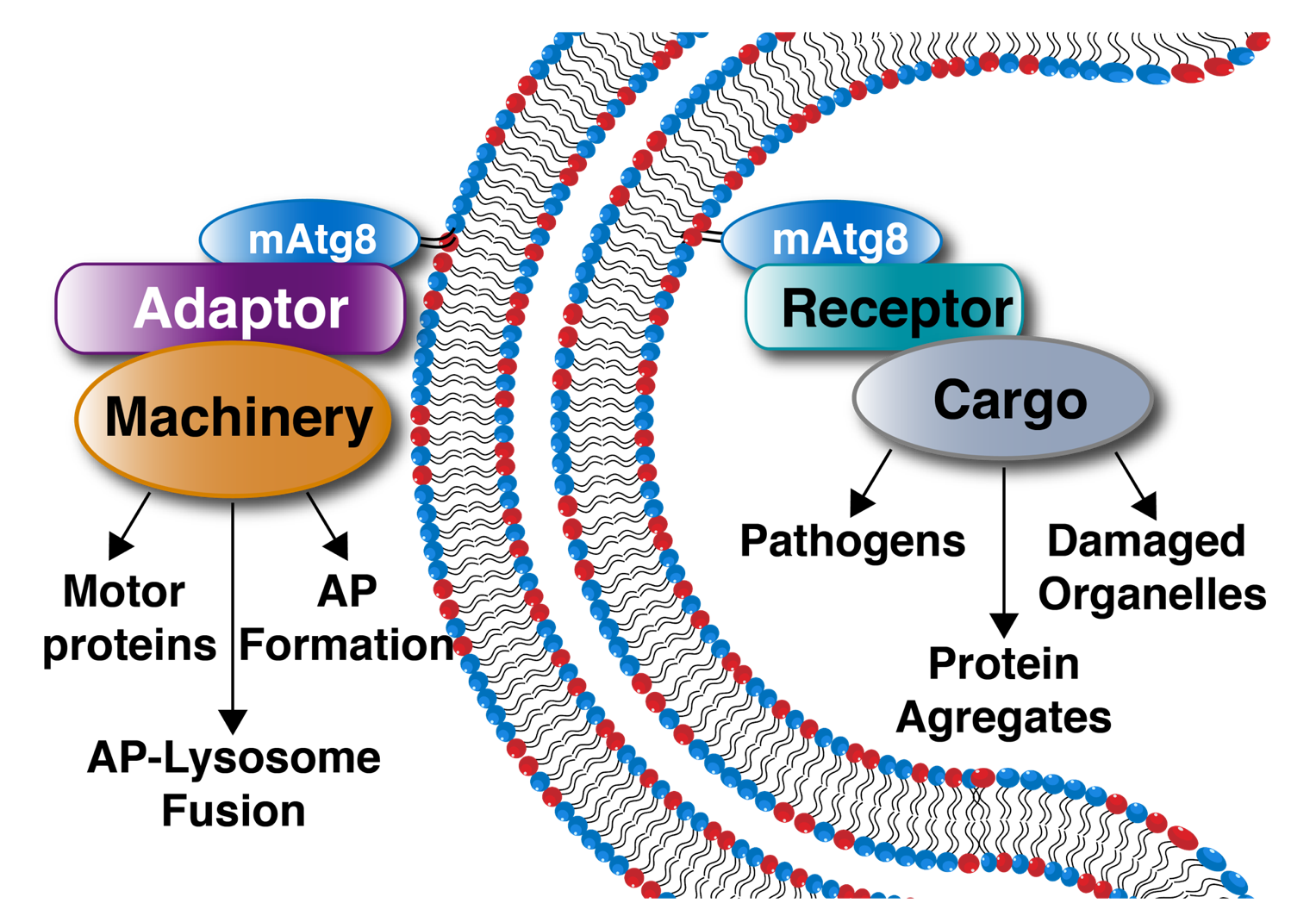 Autophagy is dedicated to the continuous renovation of intracellular components and thus plays a critical role in cellular and organismal homeostasis. It is also involved in vesicle trafficking and clearance of large intracellular structures including aggregates, dysfunctional organelles, and invading bacteria. Autophagy is frequently altered in all kind of diseases making components of the autophagy pathway a valuable target for drug development. This program targets different autophagy components including autophagy-linked kinases, autophagy receptors and individual LC3/GABARAPs to block or enhance specific canonical and non-canonical autophagy pathways. 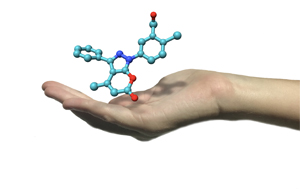 Potent, selective and broadly characterized, small molecule chemical modulators of protein function (chemical probes), are powerful research reagents. In this unique project, several pharmaceutical companies (AbbVie, Bayer, Boehringer Ingelheim, Janssen, MSD, Pfizer, and Takeda) have entered into a pre-competitive collaboration with the SGC, to make a large number of these innovative high-quality probes available to the research community. This includes all probe-associated data, control compounds and recommendations on use, thereby providing both a formidable resource of chemical tools and target-related knowledge in order to help researchers to decide, which chemical tools to choose.